A Beginner’s Guide to Brake Fittings 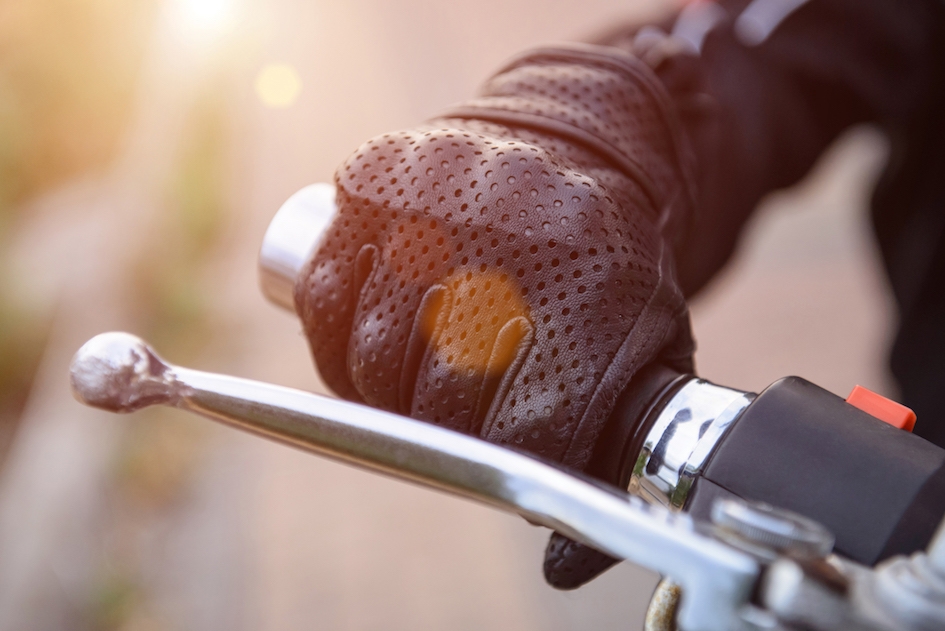 By far and away the most common motorbike braking system today is the disc brake system, which was invented at the turn of the last century. However, although the system has been in development for little more than a century, the principle on which it is based was established by the French mathematician Blaise Pascal back in the mid C17th. His law relates to fluid mechanics and states that a change in pressure at any point in a confined incompressible fluid will be transmitted throughout that fluid so that the same change occurs elsewhere.

In the case of the disc brake system, the incompressible fluid is the brake fluid and the pressure change occurs due to piston movement in the master cylinder triggered by squeezing the brake handle or pressing down on the brake pedal. The pressure is transmitted to the slave piston situated in the wheel calliper which in turn pushes the brake pad into contact with the disc, which is contained in the wheel, arresting the rotation of the wheel.

We’ve outlined the different parts of the brake system to help you understand more about brake fittings.

Different Parts of the Brake System

When you operate the brake either with your right hand or foot, it converts the mechanical force into hydraulic pressure through a lever acting on a piston. As the piston moves along the bore of the master cylinder it creates the pressure that results in the movement of the slave cylinder(s).

The master cylinder is linked to the brake hose by a banjo fitting which comprises of a perforated hollow bolt and spherical union that allows fluid to pass through. This fitting is particularly advantageous in high pressure applications.

There are also banjo fittings where the brake hose arrives at the brake callipers. A copper crush washer is located in the gap between the fitting and the calliper to complete the seal.

Braided hoses are available as after-market products if you want to upgrade your bike's stopping ability. You can find a wide range of top-quality braided Teflon hoses together with sleeves, banjo fittings and all the other connectors you will need to fit a new hose here at Venhill Engineering Ltd.

Motorcycle brake callipers are usually made of lightweight materials such as aluminium, providing the additional advantage of being rustproof. In order to increase the stopping power, callipers on powerful motorcycles will typically have multiple pistons. Some motorcycles will have two or even four pistons, while the most powerful may have as many as twelve pistons located in a single calliper.

The front calliper attaches to the fork, the assembly that holds the front wheel and suspension in place and supports the handlebars. In the past, callipers have been attached to the forks with bolts that run at right angles to the disc. Recently, with the growth in popularity of radial disc brakes, callipers are attached farther away from the fork using bolts that run parallel to the disc’s surface. The radially mounted callipers have the effect of reducing the amount of vibration in the fork which was caused by the traditionally mounted callipers.

The callipers pistons are forced outward against the metal backing of brake pads by the pressurised brake fluid and as the brake pads clamp against the spinning disc, they create friction. This friction creates a lot of heat which is passed into the brake discs, pads and callipers, and finally into the air.

Brake pads are made of various friction materials which are bonded to a steel backing plate. Older brake linings were made from asbestos, but since the health hazards of the material has been recognized, asbestos has been phased out and high-tech materials have been introduced to replace it.

The sintered brake pad is a popular type of pad as it can handle the widest range of conditions. Sintering is the process of forming a friction material that is very wear resistant through fusing together metallic particles under heat and pressure. Sintered linings are suitable for racers, city riders, together with those riding on steep hilly terrain. They handle extreme heat well and are resistant to fade and typically last longer than other brake pads, performing well even in the rain and mud.

There are essentially three different types of brake discs on the market today. The Drilled or Slotted Discs have holes or slots drilled into the disc which serve several purposes. The holes allow the disc to cool more quickly helping the efficiency of the brakes by preventing overheating. They also let rainwater through so that the discs don't get so slippery when it's wet. Slots machined in the disc help with the removal of dust and oil residue as well as helping to deglaze the discs so that they are less slippery.

Floating Discs are loosely fitted and rest on small dowels allowing them some lateral movement. This prevents heat transfer from the brake to the wheel hub and provides the disc with space to expand into when heated by friction, without creating tension which could lead to warping, a problem with the one piece disc. The floating disc design also allows the disc to be centred better when it is used with a fixed calliper.

Wave or Contour discs are relatively new onto the market and have a wavy outside edge as well as having holes in them. The design provides a more efficient area of pad contact compared to the standard round disc. It also allows for more heat dissipation.

Older bikes, particularly dirt bikes are often fitted with drum brakes. On the outside there is a covered hub at the centre of the wheel and a short arm that usually connects to a rod for the rear brake, or a cable for the front brake. Dirt bike may have drum brakes on both wheels, or just one. On the inside of the drum, which is fixed to the wheel, are two brake pads. On applying the brake, the arm is pulled, which in turn moves a cam on the inside, which causes the brake pads to press against the inside curve of the drum. When the brake is released, a set of springs in the drum, and a spring on the brake mechanism, pulls everything back to the original position.

Drum brakes generate a lot of heat in an enclosed space, compared to disc brakes which are cooled by air flow and drum brakes are consequently more prone to brake fade than disc brakes.

To get the very best braided brake lines and other motorcycle parts, browse our online shop here at Venhill.