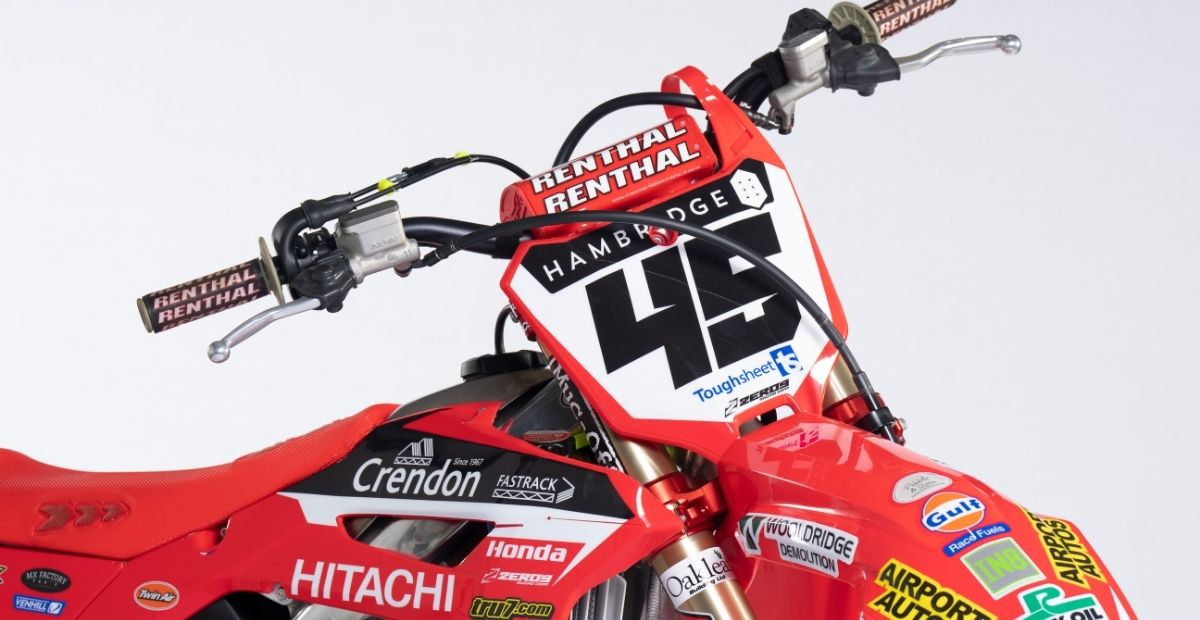 Honda’s all-new CRF250R is lighter, with a brand-new frame, swingarm and Showa suspension and an engine that’s even more powerful. It’s a race-winning package out-of-the-crate and shares many features with the hugely successful CRF450R.

There’s only one thing missing - a hydraulic clutch!

Dave Thorpe, Team Owner of current British MX1 Champions Crendon Fastrack Honda, approached Venhill to see whether they had a solution. The answer was a Magura Hymec Kit, specially designed as a direct replacement for the cable setup on the CRF250.

At one end is the master cylinder and lever, attached to a hydraulic hose, with a slave cylinder at the other end. Fitting is straightforward and the result is a smoother and more consistent action, for improved control and reduced arm pump.

MX2 rider and ex-British youth champion Jay Hague is impressed; “I really like the positive feel of the Magura clutch”

“As the official Honda UK Motocross Team we always look to use OEM parts, for us to change the part needs to be on point. I’m pleased to say the Magura system has that quality”