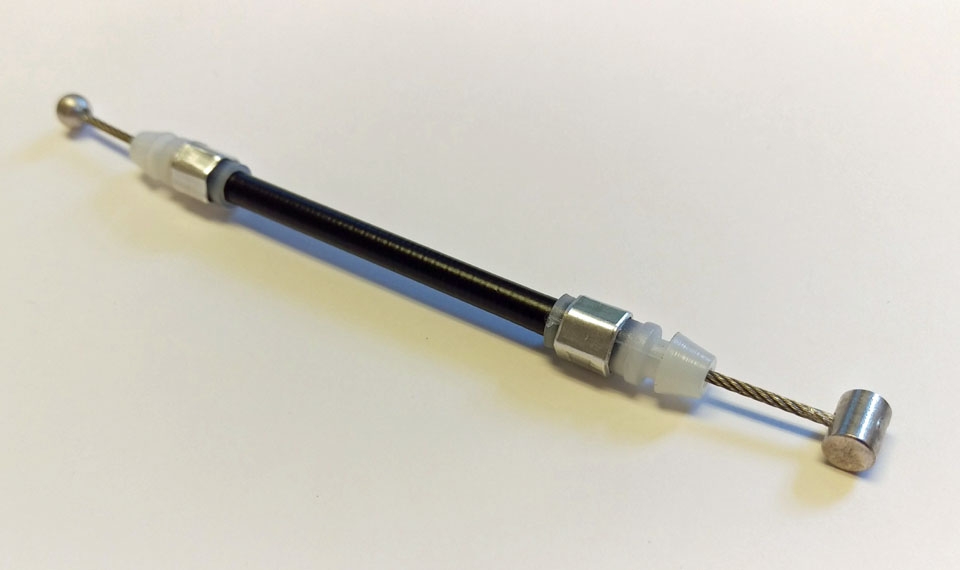 Overlooked by many riders, Seat Release Cables can stay unchecked and unlubricated for weeks, months and even years, leaving them prone to failure. Although it can sound trivial, a broken or failed cable can prevent access to battery and fuses and leave essential items, like tools, locks or possibly phone or house keys, trapped under the seat, just when needed most.

An upgrade to the standard fitment, replacement cables feature Venhill's high quality Featherlight cabling: marine-grade stainless steel inner wire for minimum stretch and a teflon liner, to reduce friction. Like all Featherlight cables, they are ‘maintenance free’ and do not require lubrication. The cables are ‘Bird-caged' – a special process applied to the end of the inner wire, which allows solder to penetrate the weave of the cable, making the bond with the nipple much stronger. This process adds extra strength and durability, so cables can withstand being put under repeated stress and pressure The new cables are currently available for the following models. More are being added:

For any bikes not listed, customers can send the original damaged cable to Venhill, who will then produce a working replica.

Use PART FINDER to search for your bike.