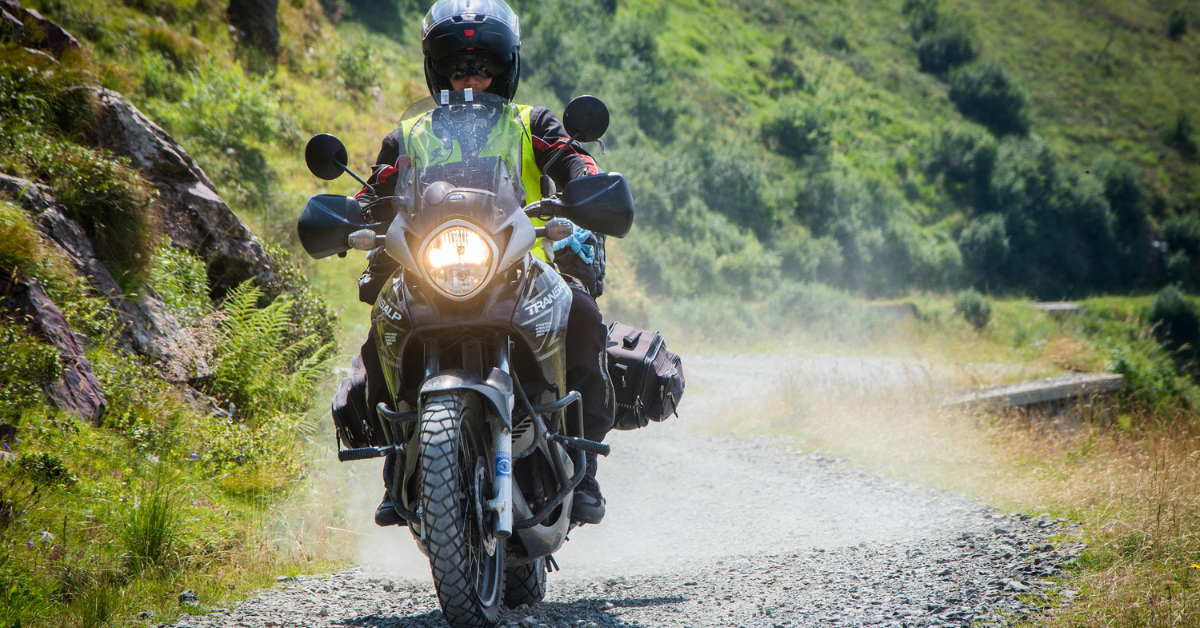 Imagine this scenario for a moment: you're out on a ride and you take a wrong turn and end up down a single-track road. Would you A: Stop, execute a feet-up U-turn and head back in the right direction, or B: Ride on in the hope you come across a junction, a wider section of road, or a driveway? If the answer is B, read on.

I’d wager a high percentage of riders aren't as confident or skilled as they would like to be when it comes to slow control. It's beginner’s stuff and you should know it all already, shouldn't you? Not necessarily. There's proper skill and technique involved in riding slowly, and it's something many of us either weren’t taught in the first place, or simply don’t have the opportunity to practice enough.

By practice I don’t mean doing drills in the supermarket car park every Sunday morning, I mean that the chances are our normal riding scenarios perhaps don’t demand much in the way of slow control. Think about it, for most of us a ride starts in our driveway/garage, takes us down some nice twisty roads and ends in a café or pub with a nice, big car park - no tight and tricky manoeuvres in there at all. Unless you’re a seasoned tourer or overlander, or you spend your mornings picking your way through stationary city traffic, it's no surprise your slow control skills might need a bit of honing.  There’s no shame in admitting it and doing something about it. Here’s how:

The first thing to do is to really familiarise yourself with the controls and get them set up properly. Sounds daft, but knowing where they are and how hard you need to pull or push them to get them to work should be second nature.

Make sure your brake and clutch levers are sitting at the right angles to the bar, and that  the span adjustment is right for you (our blog on properly setting up controls will help with this). Do the same with your brake pedal. Next check your throttle moves freely and there isn’t any excess slack in the cable(s).

If your clutch is too heavy, consider a replacement cable or even a hydraulic clutch conversion kit. The same goes for your brakes, make sure they’re functioning as they should and if they’re not, get them sorted - being confident in your controls and having them work exactly as they should is key to slow control.

Get on your bike

Next, get the bike moving under its own power - you'll need a car park or other traffic-free area - and figure out where the clutch starts to bite, how sensitive the throttle is and how much pressure you have to apply to your brakes for them to work. Keep your speed down and stick to 1st and 2nd gear.

Keep doing it until you’re comfortable with how and when everything responds to your inputs. Eventually, you won’t have to think about this too much, it will become second nature.

Once you’re comfortable  with your controls, practice riding slowly in a straight line. The key is keeping drive to the back wheel, as this will make the bike stand up. Pop it into first gear, let out the clutch until it takes up drive then hold it there (slipping it) – use two fingers, not four, as it gives you more feel and control.

Once you’re moving, keep the throttle and clutch set in the same position, then gently apply your back brake - pressing down and lifting off gradually - to control your speed. Your gear-changing foot should be on the peg at all times - not waving around in the air, just in case - and don't look down at the floor/front wheel, keep your head up and and your eyes set on where you want to go.

Practice this until you can get down to below a walking pace; you’ll be surprised how slow you can go and still feel perfectly balanced.

Next, get yourself some small cones - or similar objects - and set them up in a row to simulate a row of traffic or other objects. Get the bike moving at a walking pace, using the same technique as above, and slowly ‘slalom’ your way round your objects.

After a few goes, bring the cones closer together to tighten up the turns needed to get round each one. The trick to doing this is to lean your bike into the turn while shifting your bodyweight to the outside: the more you lean the bike, the tighter the turn will be.

Stay as loose and relaxed on the bike as you can - tensing up is the worst thing you can do - and keep your head up and looking at where you want to go - if you fixate on a cone, you'll hit it!

U-turn if you want to

For the next drill, position four cones/objects to simulate the kerbs at each side of a road.

Using the same technique as the slalom, practice U-turns between the cones.

Again, keep those revs up – more revs mean less chance of stalling and falling - your head up and focus on where you want to go. If you look at the kerb, you will hit it.

Use two fingers to control the clutch, not four, as it gives you more feel and control .Drive the bike against the back brake, and use this and this only to control your speed

Don't just steer the bike, lean it into the turn shifting your bodyweight to the outside: the more you lean the bike, the tighter the U-turn will be.

Just like the slalom, once you’ve mastered the U-turn on the ‘normal’ width road, reduce the distance between the cones to tighten up and simulate that single track country road I mentioned at the start.

Lay the cones out in a square. Ride round the outside of the square first, then move to the inside.

Use the same technique as the slalom – revs, clutch and back brake – but this time shifting more bodyweight over the outside of the bike, ‘pushing’ the bike towards the ground with the  upper knee.

Keep your eyes focussed on the centre of the square, and be aware of the cones, but don’t look at them. Try both ways - clockwise and anti-clockwise - until you’re comfortable with both. You’ll be amazed how tight you can turn. 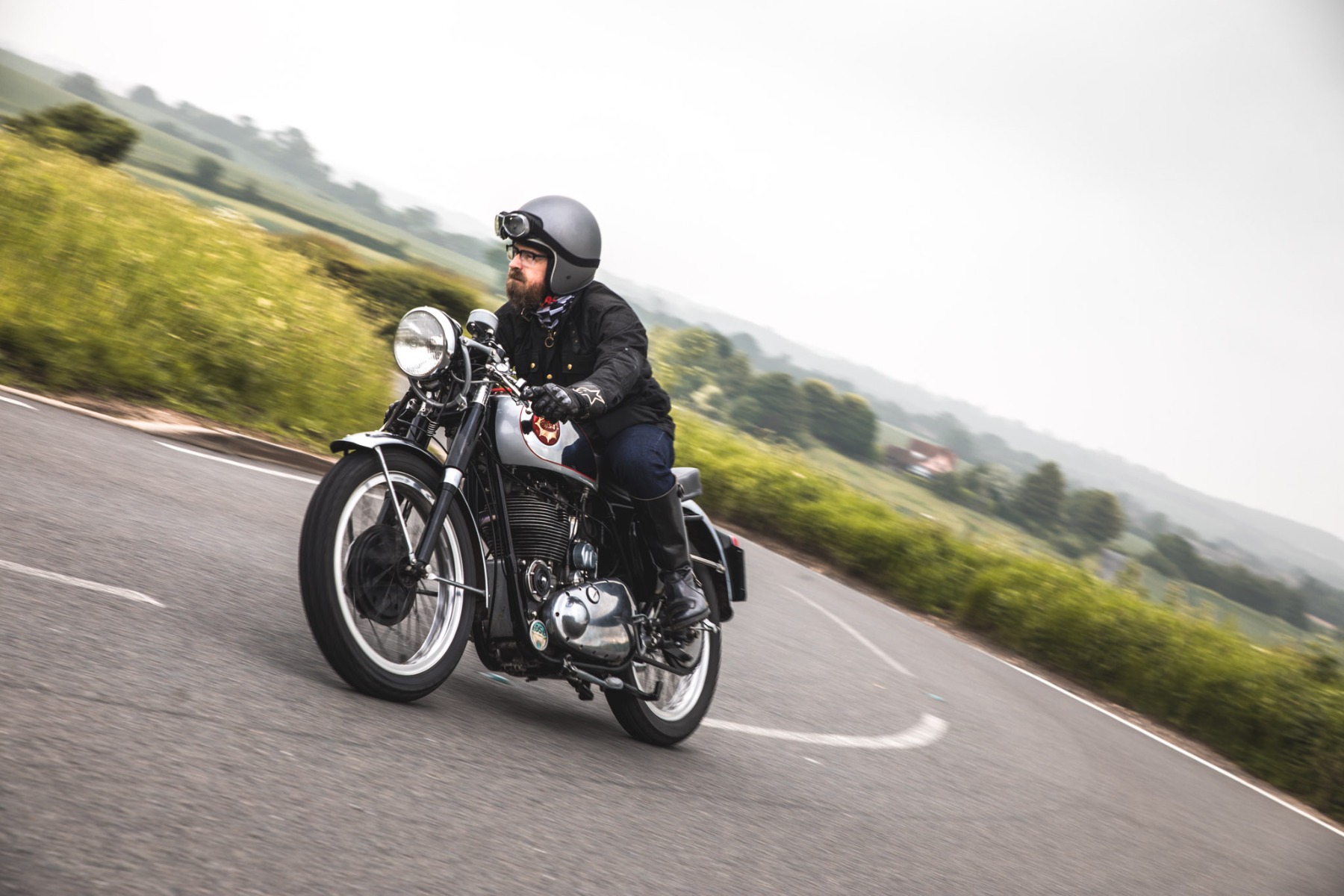 Phil Turner has been a motorcycle journalist for 20 years. A former mechanic, he worked as a staff writer and road tester for classic, modern and scooter titles, and edited Motorcycle Sport and Leisure magazine. He turned freelance in 2008 and is a regular contributor to specialist bike titles, both online and print. Phil has owned an eclectic mix of machines, including a Lambretta GP200, three air-head BMWs, a Honda CBF600 and a Royal Enfield Bullet.